A while back I was tinkering with the MIT App Inventor project and wrote a little android app that would connect to a bluetooth device and send ASCII commands via a bluetooth serial connection. It turned out to be a really handy way to control my robots over bluetooth so I shared it and made a short youtube video showing how to use it. It's my most successful youtube video to date and I still get people asking for the codes.

Since then I taught myself to code for Android and rewrote the app with plans of releasing it on the app store, but never found the motivation to take it all the way. It's been a couple of years since I put any time in to active development of the app, so in the spirit of sharing the codes I've decided to upload my project to Github for anyone who is interested. To make it easier for use I've also included a compiled apk.

The app also allows you to change the button labels as well as the characters being sent for each button.

The app requires a minimum of Android 4.0 and has been written to support a number of screen resolutions and configurations.

Inverted button layout switches the position of the direction keys and action keys: 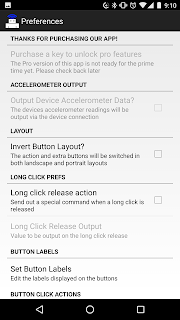 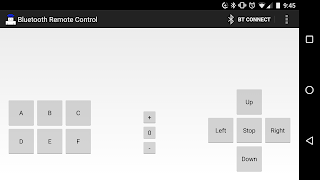 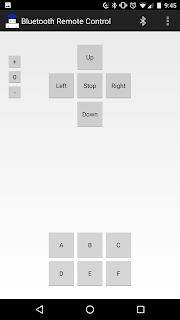 Receive commands from your robot with the Feedback Group scale scale bars. Commands need to be sent over serial in the format "SB1=XX" where XX is a number from 0 to 100. 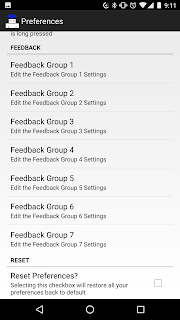 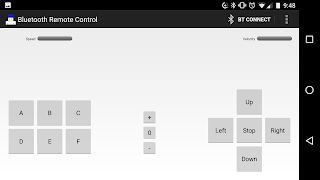 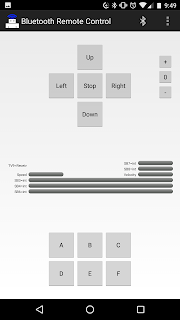 Pairing a new bluetooth device is clunky. I've had the most success in performing the pairing from within the settings menu first, then going back in to the app and connecting to the bluetooth device.

Posted by Andrew Klimovski at 16:26